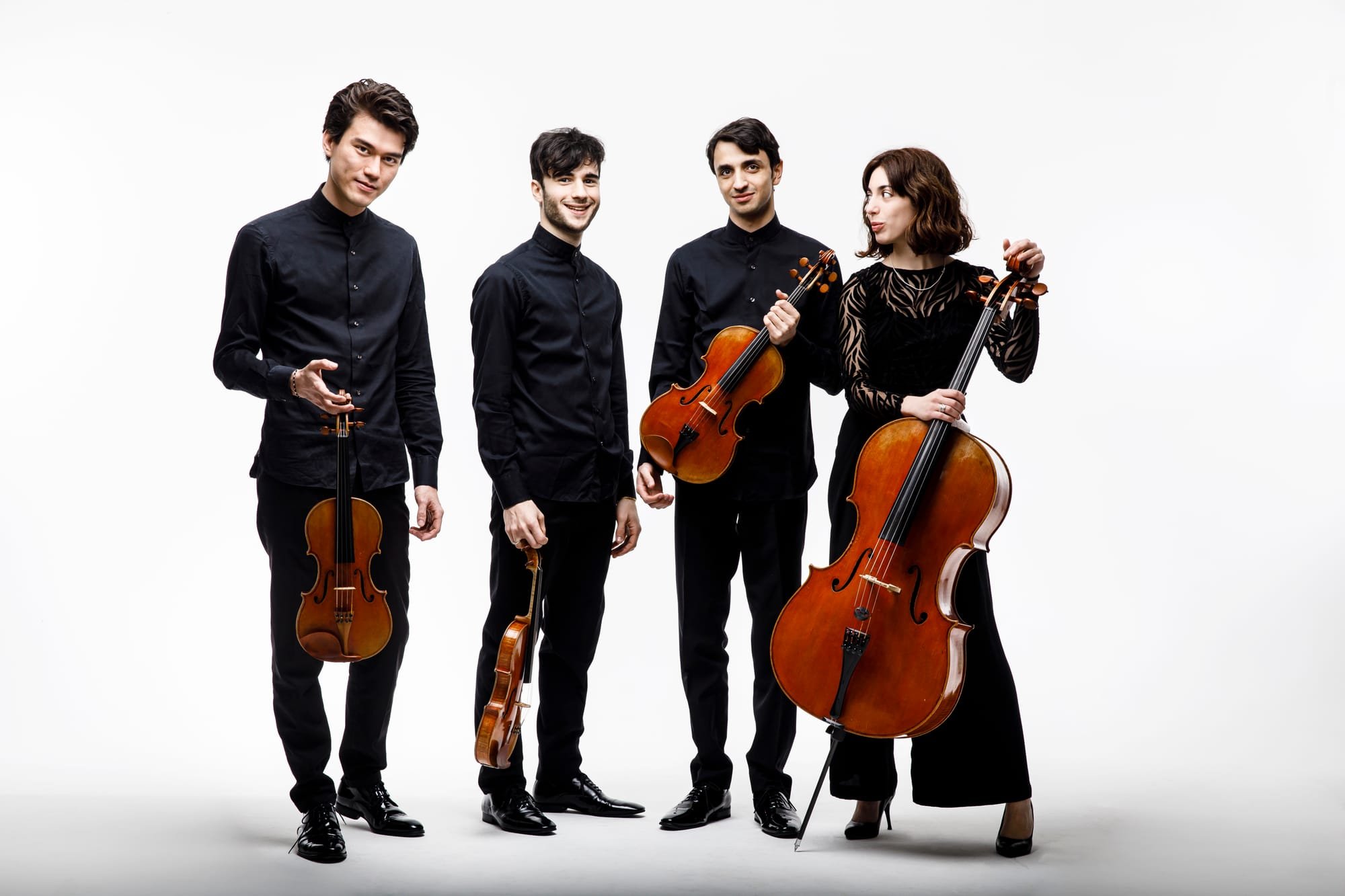 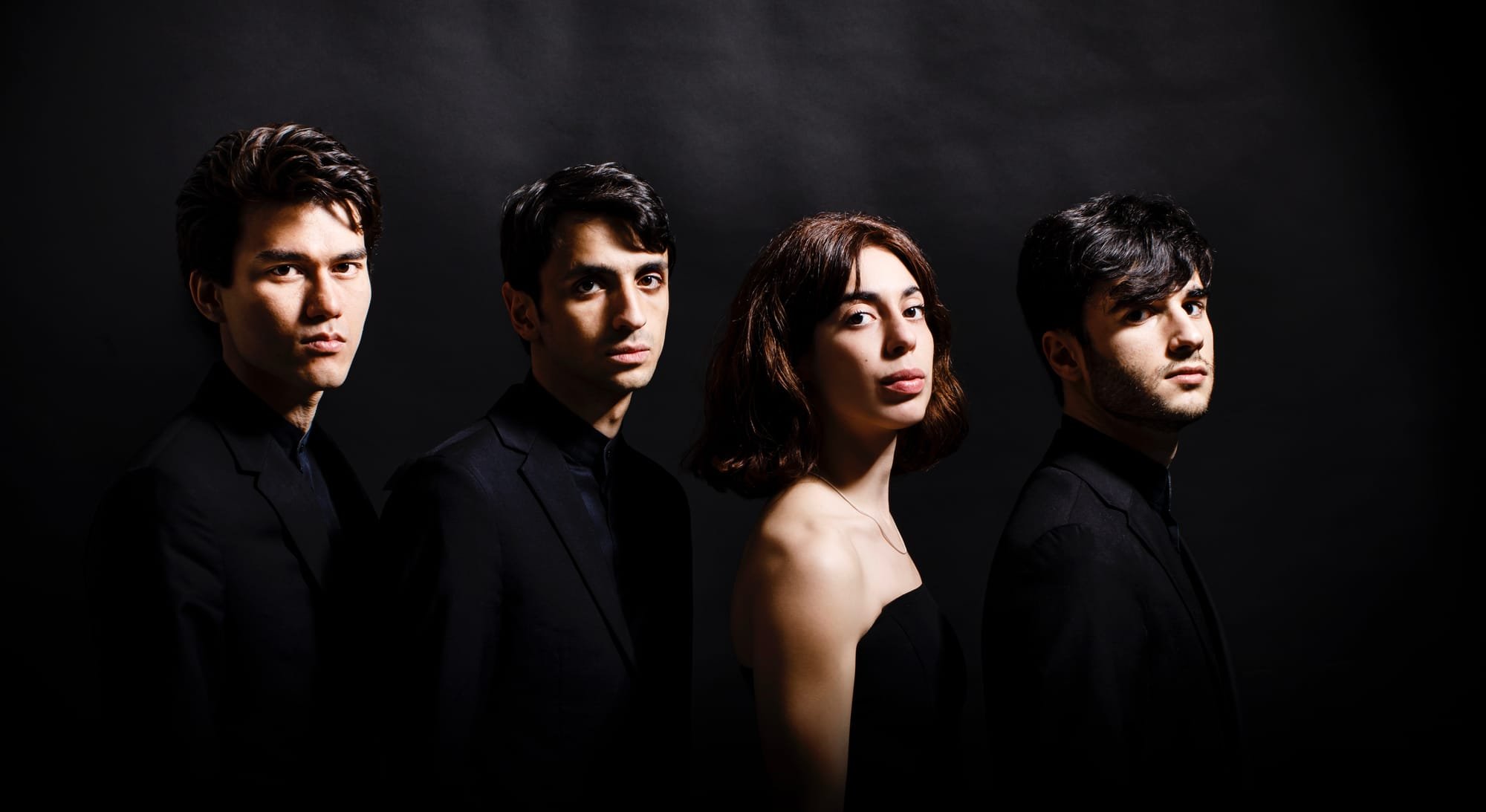 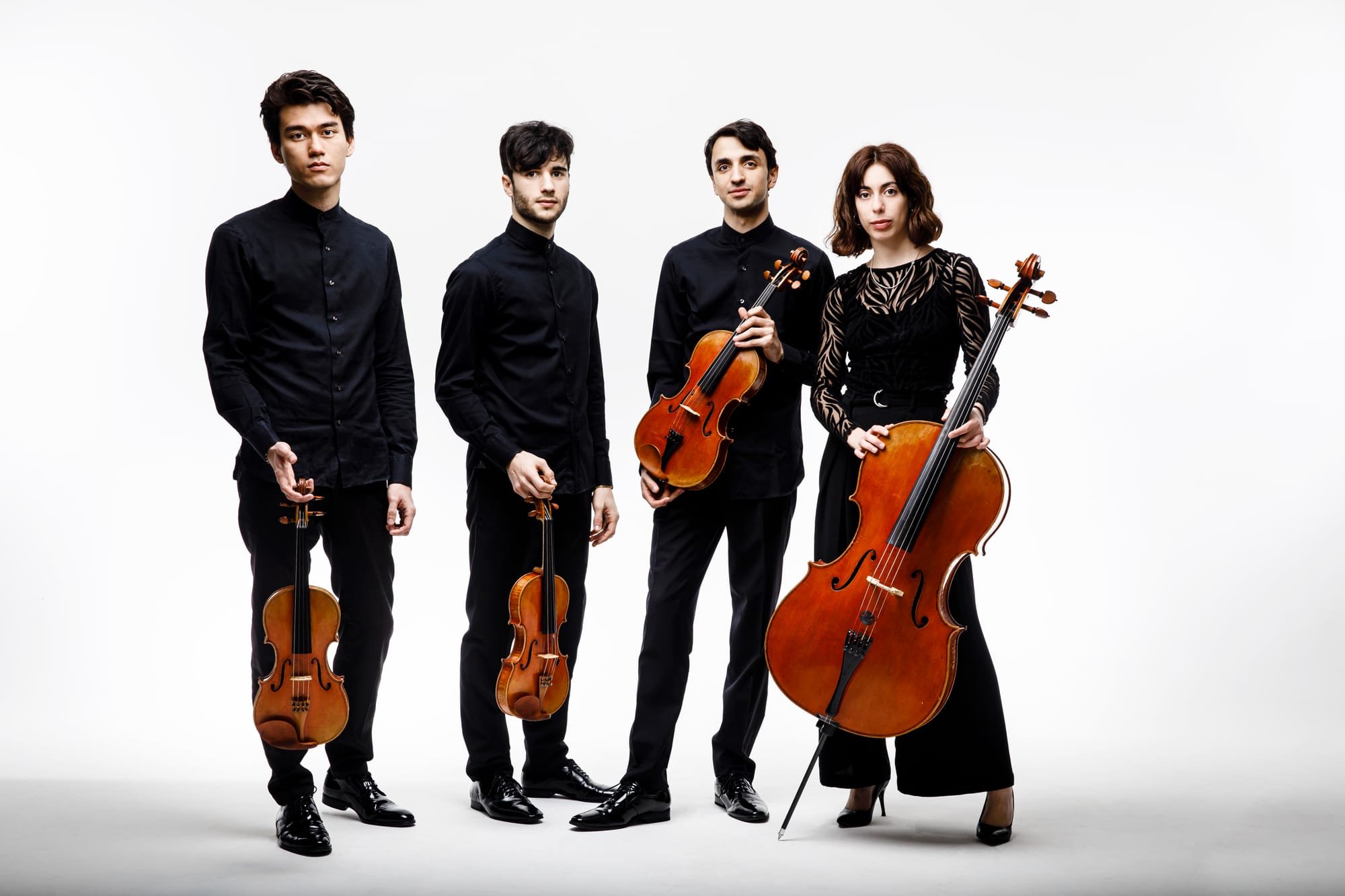 Formed in 2016 within the Conservatorio S. Cecilia in Rome, the Quartetto Eos immediately caught the attention of the musical world for the freshness and depth of their interpretations, winning in 2018 the "Farulli Prize" awarded by the Italian Music Criticism within the "Franco Abbiati" prize.
He is currently attending the Master in Chamber Music “The Ebène Academy” at the Hochschule für Musik und Theater München with the Ebène Quartet and regularly follows in-depth masters with musicians of the level of Alfred Brendel, Corina Belcea (Belcea Quartet), Eckart Runge, Patrick Jüdt (ECMA), Lawrence Dutton (Emerson Quartet), Isabel Charisius (Alban Berg Quartet), Günter Pichler (Alban Berg Quartet) and the Jerusalem Quartet.
In addition, he attended the advanced course for string quartet at the Stauffer Academy in Cremona in the class of the Cremona Quartet.
The ensemble has already achieved important successes in international and national competitions, such as the International Anton Rubinstein Competition in Düsseldorf, the Sergio Dragoni Competition in Milan (2019), the first prize at the Orpheus Competition in Winterthur (2020).
Despite its recent formation, the Quartetto Eos regularly plays for important musical institutions in the all Europe such as the Società del Quartetto of Milan, Davos Festival, the IUC (Rome), the Filarmonica Romana, Musikdorf Ernen, the Associazione Scarlatti of Naples, the Philarmonie de Paris, Ticino Musica, the Swiss Foundation of Basel and others.
Moreover, it often collaborates with musicians of the calibre of Calogero Palermo (Royal Concertgebouw Orchestra), Gustavo Nuñez (Royal Concertgebouw Orchestra), Jerusalem Quartet, Cremona Quartet, Enrico Pace, Aron Chiesa (Basel Sinfonieorchester) Enrico Dindo.
The ensemble has been several times guest of radio broadcasts on Rai Radio3, “SRF 2 Kultur” and on Rai 5, Rai 1 television channel.
Since July 2022, it has been appointed “Artist in residence” at the prestigious Singer-Polignac Foundation in Paris together with the Ébène Quartet.
In 2022 a disc will be released entirely produced and financed by Da Vinci Records, with pieces by Janacek, Mendelssohn and Webern.
In 2023 they will record a CD of music by Ermanno Wolf-Ferrari funded by COOP ART in Rome, organised by the “Accademia degli Sfaccendati“ and produced by "Brilliant Classic" label.
The Eos Quartet plays a quartet of instrument built by Peter Greiner and kindly offered by Maestro Valentin Erben (Alban Berg Quartet). 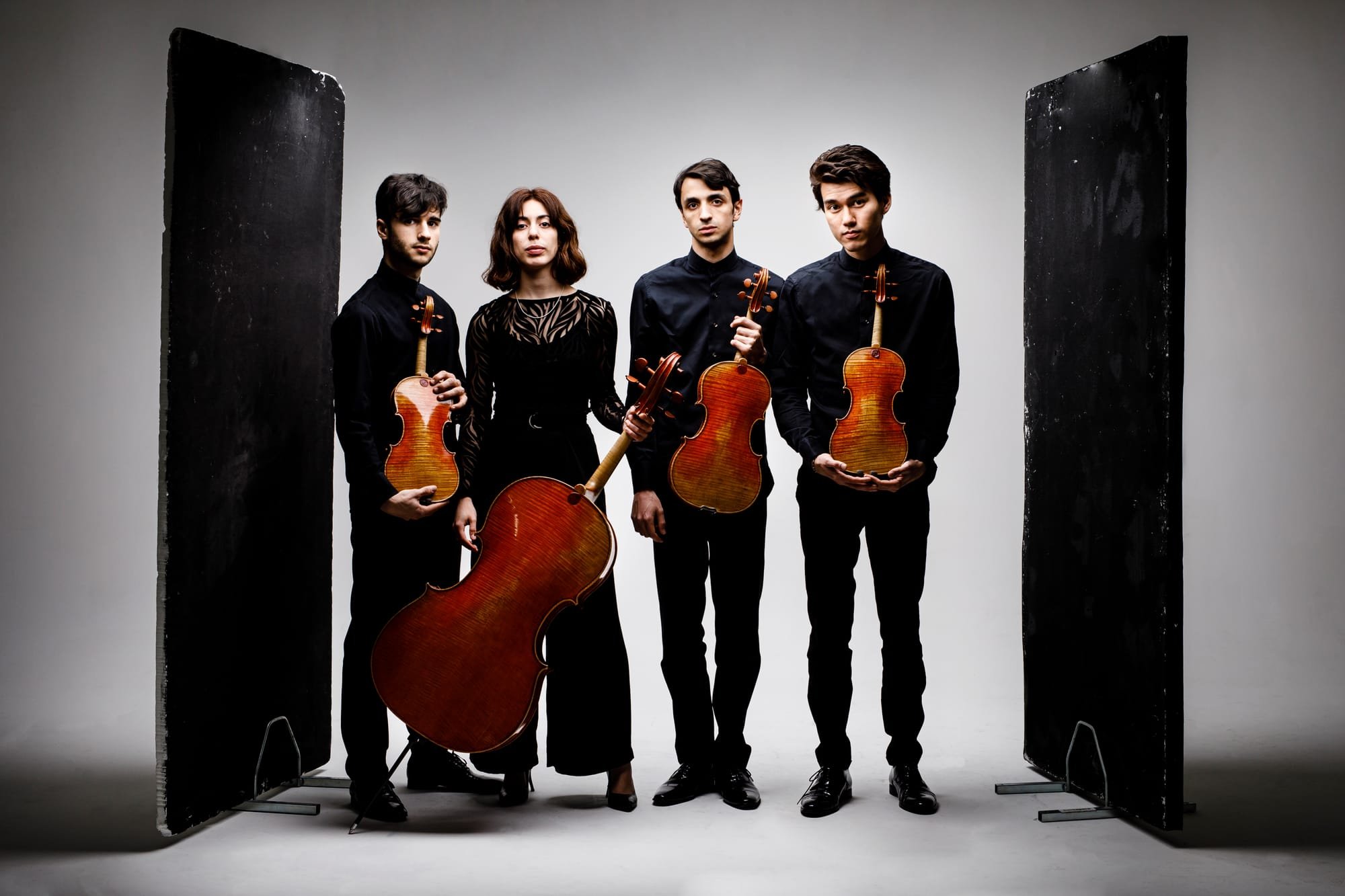 The quartet currently plays a quartet of instruments built by Peter Greiner, designed to be played solely together as a string quartet.
They were generously given on free loan by Maestro Valentin Erben (Alban Berg Quartet).